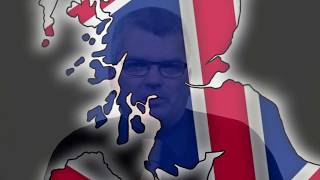 Disappointment on a Euro Scale!

I have toyed with this for some time, I did even write a couple of blogs a few years back, but in the end I didn't publish them. Most of the blogs I read are by people who, by virtue of what they are saying, regard themselves as experts (or at least very knowledgeable) in some field or other. I could never be described as an expert, and certainly don't describe myself as one. Indeed it was due to my lack of knowledge in certain areas that prompted the first attempt at a blog.

Late 2013 into 2014 in the run up to the Independence Referendum, I decided to look a bit more closely at some of the information that was available. I was surprised by the stuff I didn't know, having thought I was reasonably clued up. I understood how most of it worked, but the terminology on Social Media - when you are new to it - is quite off-putting. There are sometimes some quite lengthy threads that appear to contain only acronyms, abbreviations and numbers, it's easy to feel like there's a code which is preventing you from being a part of what is going on. You know the type of thing - "IFS & OBR agree GDP is 83% of 2014 figure, BOE cost of borrowing up by 0.5% to 1.75%". "Exit from EU and EFTA, not to mention EMU will be devastating to GNP" These are probably relatively simple examples, but the principle is this: If I look to join your crusade/cause, whatever it might be - and I can't understand what the hell is going on, I might just find another way to use my time. I'm sure we've all been in a situation where we are at a gathering/meeting of some description, and at the end the speaker says "Any questions?" Everyone else seems to understand fine, so you don't want to look stupid by asking for clarification. The chances are if you didn't understand, there were others who didn't understand either. Nobody asks and some leave confused and feeling a bit thicker than they thought they were. If I go somewhere and feel uncomfortable, the chances are I'm not going back.

So I started to ask myself, how many people are not involved because they don't understand, or felt uncomfortable with the conversation. The Yes movement cannot afford to alienate people, or fail to convert them for such a simple reason as they have failed to make themselves understood. It is unwise to assume that everyone is at the same level in the debate as you are. Indeed it stands to reason that they are not, otherwise they would already be a yesser who didn't need converting or convincing - right?

So I wrote a bit of a rant about this, with a bit of an explanation of some of the jargon at the end.

The aim was to do the research and present it in an easy to understand, jargon free format with links to supporting information. I didn't publish, which was just as well because I subsequently found a couple of errors in there. I decided that the next one I wrote, I would leave for a few days before publishing to give time to convince myself that all was correct. Can't remember the topic being covered in that one, but I left it a few days and decided to publish when I was convinced I was correct. Only to discover that the subject had been covered already in a blog published that week by a rather more prolific blogger. I could have still put mine out there, but there were similarities and I didn't want to be accused of plagiarism - that one didn't get published either.

4 years on, and I'm thinking maybe now the time is right to start over, I'd hate to think there are those voting No in indyref 2 because they misunderstood something, and didn't want to ask!